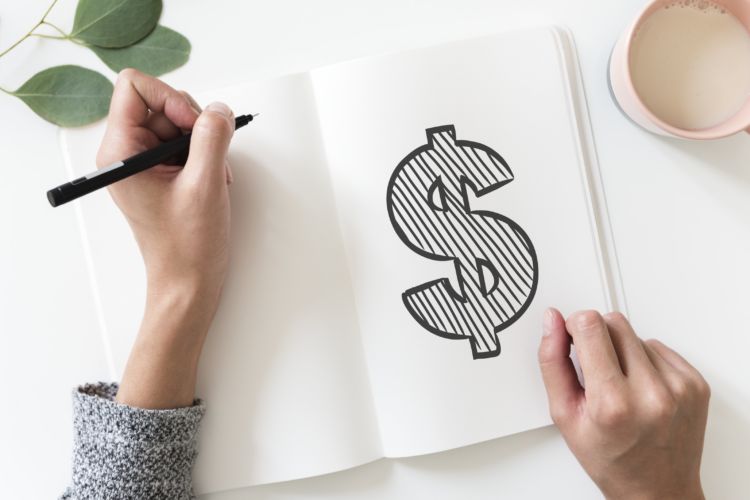 Instead of letting your fear of failure hold you back, venture out of your comfort zone. Look at the pros and cons of an opportunity and find ways to tackle the flipside head-on. Rich, successful people are naturally optimistic, seeing the potential in an opportunity rather than focussing on what could go wrong.

When did you last find yourself so immersed in a task that you lost all track of time? Psychologists call this a state of ‘flow’ where we’re so lost in an activity that we feel a surge of positive energy. Research shows we can generate this sense of flow by finding a career we love. And once we’ve found our job with the ‘flow factor’ we’re more likely of course to invest time in it and become a great success!

Be selfish without guilt

Self-made millionaire Steve Siebold interviewed 1200 of the world’s wealthiest people over 30 years and noticed they all had one trait in common: they were selfish – and made no excuses for it. In his book, ‘How Rich People Think’ (£16.99, London House Press) he explains how rich people see selfishness as a virtue, not a vice. They actively pursue their ambitions until they achieve them, instead of expecting someone else to help pull them along. The truly successful don’t think twice to saying no to a dinner invite in order to spend time on their new venture.

Be brave enough to ask for money

When business guru James Caan from Dragon’s Den started out, he took out a bank loan (and three credit card loans) to fund his first venture. Laura Tenison, founder of JoJo Maman Bebe started her first fashion business in 1991 with a £2000 loan from her brother (after several banks turned her down). If you have an idea for a new business be confident enough to approach others for funding, whether investors, your bank, family or via crowd-funding sites such as Kickstarter.com, Gofundme.com and Indiegogo.com

Surround yourself with the right people

Smart people in business know their weaknesses as well as their strengths. They decide on a goal and work out the skills or support they need to get there. Use networking groups, industry events, conferences, courses and social media to find others who are already living your dream and ask their advice. Surround yourself with success-oriented people. Find a mentor who can inspire you and help you achieve your goals. I still have a mentor now, who plays a vital role in my life.

When I was a single mum working full-time as a legal secretary while training to be a lawyer I’d often get up at 4am to do my assignments. It was exhausting, but on the day I qualified as a lawyer it all felt worth it. Now I have a multi-million pound portfolio of properties and haven’t looked back. Success takes self-discipline, hard work, determination and persistence, so you have to really <want> it. Set small goals initially to help you achieve the bigger dream faster.

Learn from your mistakes

Successful people don’t fall apart in a crisis, but instead use their mistakes as an opportunity for change. In 2004 I fell victim to an armchair investor scheme and nearly went bankrupt. Instead of letting my world fall apart, I used it as a chance to learn. It made me realise no matter how busy I was, it was essential I looked after all my investments myself from then on. Failure is only temporary and ultimately makes us stronger.

Use our form to estimate the initial cost of renovation or installation.